This continuing story of a rural writing competition is from the beginning of the prize presentation evening, wherein Jane presented her own credentials – included here because it is relevant to this blog and to Pomonal Publishing generally. Then she addressed the younger writers:

It’s lovely to see you all here tonight, and it’s been a great privilege to read the entries and select the winners. But before we get to that most exciting bit, I think it only fair that you should know something about me. Why have I been asked to stand in judgement of your creative writing? So I’ll tell you a little about myself:

I grew up in Northern Victoria between the Murray River and the Broken Creek, but like many country kids, I went down to Melbourne for a tertiary education. I went to art school. Both my parents were painters, as was my late brother, Chris Nicholls who some of you may have known. Bron Nicholls, an author of both adult and children’s literature, is my older sister and was for many years my writing mentor.

Initially I trained as a photographer, then as a filmmaker, and I worked in the film industry in Melbourne for almost 20 years. But writing has always been a major part in my life. I kept an extensive journal, I wrote short stories, poetry and film scripts, – and I taught writing too: tutoring for the Victorian Adult Literacy Council, teaching Screen Writing for accredited film courses, and finally, when I moved up here, both Creative Writing and Script Writing for Stotts Correspondence College.

Eventually I began writing (and rewriting) my first novel. But by the time I was happy with it, about ten years ago now, it had become clear that I’d left it too late to find a mainstream publisher. The nature of the book industry had changed so much that even previously published and acclaimed Australian authors were no longer considered profitable.

I recently learned of a many-times published author whose latest manuscript was rejected because, and I quote: ‘though ‘beautifully written as always’, her publisher ‘no longer handled literature because there was no money in it.

Because I knew quite a few accomplished writers in similar situations, I became an accidental publisher myself – taking advantage of the digital technologies that have transformed our lives, to create a writer-driven, small publishing venture, based here in the Grampians. Pomonal Publishing. Already we have produced a dozen books and have several others in the pipeline. And of course you can read more about it on our blog. (This blog.)

But now, I’d like to speak specifically to the younger writers in our midst...

Human beings have been telling stories since prehistoric times, when our earliest ancestors gathered around fires, their only source of heat and light after the sun went down, to tell the stories that would make us who we are.

In this very place, in this country we call the Wimmera, right here, ancient people told their stories for many thousands of years. I think it right that we acknowledge them, the traditional owners of this country, the first Australians.

Because the art of telling stories dates back to the beginning of human culture, writing stories connects each of you to this very ancient tradition; you can really be proud of that. But entering a writing competition is not like running a race on Sports Day, You can’t see the person ahead or behind you – and there’s no finish line. So…if you can’t write to win, what makes a winning story?

Firstly, it must be original. Though it’s sometimes said that there are no original stories – that they’ve all been told before. I don’t believe that’s true, any more than I believe each of you is exactly the same. Every person relates to the world around them in their own unique way. And a good story lies more in the telling than in the bare facts; so finding an authentic voice for your narrator, or for your main character, is a big part of the writing process. (For our younger writers: Authentic just means: real, true, not a copy or a fake.)

Of course correct grammar and spelling will always help, and there’s a lot you can learn at school about the writer’s craft – but it’s important that when you write, you don’t do it to win competitions, but because it’s what you love to do, or because you have something to say, something that needs to be heard.

And don’t forget that writing goes hand in hand with reading. Particularly for young writers. That really is the best way to learn about story-telling and to improve your own writing. Nobody ever became a good writer watching DVDs or television. When you watch TV all the imagination comes from the other side of the screen. We just sit back with our mental feet up, taking it easy.

But when we get into a good book our minds are working all the time to picture what we read. Each of us sees the story unfold in our own imagination. And that’s what makes our brain stretch its creative bits. So, if you want to be a writer: More Books Less TV, yes? And now to the prizes…

When the Cat Speaks 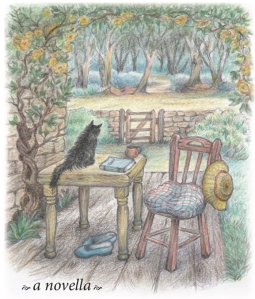 Bron Nicholls’  intricately crafted novella, opens a window into the joys and sorrows of growing old alone in regional Australia.  This work has the eloquent simplicity of Kent Haruf’s Our Souls At Night, coupled with the womanly psychological observations of an early Doris Lessing.

Nell, in her seventy-ninth year, narrates her past and her present as a thoughtful observation of the world around her; of her participation in it on her own terms and learning from each challenge.  There is plot, but it subtle. There is drama, but it is organic and  uncontrived.  Bron Nicholls excels in a style of writing that makes us look again at the familiar.

But she also writes in terms that make the book suitable for any age group, and, because she captures the minutiae of ageing that society and media often prefer to ignore, this is a book that would make a marvellous study piece in schools.  For older readers, living alone, it is a must.

It is now available from Pomonal Publishing, or, for locals in the Grampians, from the Stawell Library’s new ‘local author’ shelf. 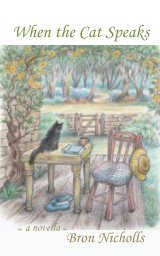 Next month we will be releasing Bron Nicholls’s delightful Novella: When the Cat Speaks.

Nicholls is an acclaimed author of both adult and children’s literature. Her previous books include: Move; Three Way Street; Mullaway: Reasons of the Heart; Zeno’s Paradise; An Imaginary Mother; The Humming Tree; Currawong Calling.

Watch this space for release date, reviews and purchase details.

Exploring the intersections of people and insects

Just for the love of it!

Poetry from a body shaped like a question mark.

A Journal of Australian & International Cultural Reviews, News and Criticism.

Really just an experiment (by me, Anthea) in this new thing (with the awful name:) 'blogging' ..

Attention is the rarest and purest form of generosity - Simone Weil

Meditations on Philosophy, Strategy, and Life