Regular followers know that we occasionally review indie publications other than our own here. So, in keeping with this spirit of advocacy for small publisher & self publishing enterprises, today we salute ‘UG’  by local author, Charles G Reid (Xlibris 2011) which has just been picked up by Austin Macauley UK.  Congratulations Charlie! 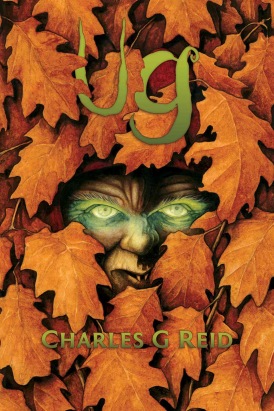 UG: history entwined with folklore, an adventure set in Briton’s Dark Ages, the fabric of which is  interaction between a small group of rival forest dwellers – Faery folk and Celtic farmers – who eventually must both do battle with a larger, encroaching world.

Charles Reid’s writing brings the forest and its inhabitants instantly alive in the mind’s eye. Despite a pace that always propels the reader forward into yet another hair-tingling encounter, it is not a book to read quickly. At times one wants to simply stand in this forest and breath the air of long ago, to step carefully between its pages so as not to crush the delicate plants or creatures.

It is a book with which to nurture a love of literature – and, not withstanding faeries and trolls, it will likely nurture respect for the natural world as well. There seems no contradiction: Reid’s faery characters are portrayed with such earthy plausibility, one almost believes they actually inhabited our ancient past.

Don’t think that descriptions of natural beauty might deter a young reader, this is a thrill-a-minute narrative, spiced with humour and vivid characters. The dramatis personae, villagers and faeries alike, are all endearing; particularly the eponymous Ug, who, fierce and malevolent foe to intruders into his domain, is also guardian and tender gardener.  It is a rich cast, with guest appearances from travelling minstrels, a relic toting frier, a handsome young Norman, rampaging Norsemen, and finally trolls… but I mustn’t give too much away.

In the tradition of ‘Island of the Pines’ or ‘Watership Downs’, UG would do well as a read aloud to children. (Not very young ones, however, as there are graphic battle scenes!) It is chiefly pitched at young adult readers but will appeal to just about anybody who enjoys a good read.

This site uses Akismet to reduce spam. Learn how your comment data is processed.